Are you making it easy for people to find you?

I was in desperate need to get some trees trimmed at my house. Since the temperatures were well over 100 degrees that time of year I decided to outsource the job; translation, I didn’t feel like doing it. So I found a guy on Craigslist. His name was Joe, and it was just himself and his truck. Very nice guy, total blue collar hard working type. He did a great job and his price was more reasonable than I thought it should have been.

As he was packing up his truck I casually asked him how business was. He gave me the standard, “it’s ok” response. But there was a look of pain on his face when he said it. He added that business could be better. He said his truck was on it’s last legs and sooner or later he knew he’d need to replace it to keep working, but the money wasn’t there.

I had seen his website when I was researching his company so I offered to take a look to see what he could do to improve his situation.

Long story short, he was such a nice guy I went ahead and made some adjustments to help him out. But I don’t want this story to be about me, it’s about what Joe wrote to me a few months later after business picked up.

I was working at my desk when a text came through. It was from Joe and it said, “I want to thank you for everything you’ve done. When we first met I told you I needed help but you didn’t know the whole story. I had blown through almost my entire family savings, $6000, on phone book and adwords campaigns. I have a 2 year old down syndrome baby. The medical bills my wife and I were dealing with were tearing our marriage apart. You came along at just the right time. You were the only person who didn’t lie to me. I can’t thank you enough.

The thing that gets you about his story is that we all know there are more people like Joe out there. There are so many business owners from concrete flooring experts to house cleaners that are great at what they do but don’t know how to put themselves in front of the right customers who need their services.

These are business owners who need to make payroll, pay the mortgage, buy groceries and school supplies.

So why don’t we do something about that and share what was done for Joe to help turn his situation around, in the hopes that others can benefit from his experience: 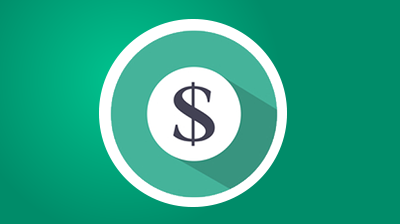 Once Joe’s website had pages designed to attract every type of customer who needed his services he started getting the business he needed to take care of his family, which in the end is what we’re all trying to accomplish. And that’s a true story.